How To Fix Touch Screen Not Working On Android Devices Problem

Touch Screen Issues on Android are pretty common and they are not always permanent issues. They pop-up randomly for some users and it’s ultimately a bad experience. Today, we have listed out a few ways to fix touch screen issues on Android.

In this era of fast technology and where Android mobiles have become a household name where touch screens are replacing all the physical mediums in a device like keyboards/keypads on your laptops, your car stereos, Owens, tv’s etc.. 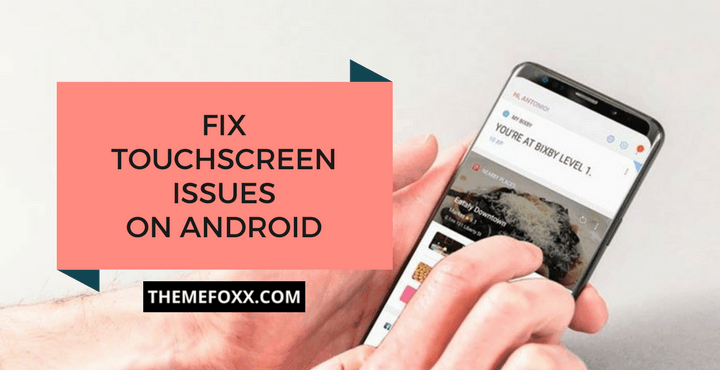 Android OS ranks #1 and it comprises 80% of touch screen devices sold in the global market.  Android is designed to be user-friendly and versatile operating system for mobile devices, but however, sometimes it tends to be unstable.
Here we are solving a common problem which most of the people tend to face while using their Android devices and that is “touch screen not working or being unresponsive” and so on. This fix implies to all touch screen Android devices no matter whether you are using Samsung Galaxy, HTC, LG, Nexus, Moto, One Plus or others.

Let’s start by assuming that you have never dropped your Android phone by mistake or smashed your phone’s screen out of anger causing it any sort of physical damage. Below is a list which is mainly based on software issues that might have caused the screen to become stagnant or freeze, hang, or lag, etc.

This is when your screen doesn’t respond or takes too long to respond than the usual timing, this is related to performance issue which occurs due to cache memory buildup in the memory, thus causing the screen to freeze, lag or hang. So getting it fixed is very important and here’s how to do it just by following some easy steps.

1. press the Power Button and select ‘Power Off’ to switch off the phone.

3. After few minutes, press the power button again to restart the phone.

4. In case your phone got frozen and didn’t switch off at the first place, you can practice another method to restart the device.

5. Simply press the Power button and Volume Up/down button based on your make and model and keep it firm.

6. Let the screen turn off and wait for few minutes before restarting the phone using normal method.

If your phone has a removable battery, then you can simply remove the back cover and pull out the battery if the touch screen doesn’t allow you to reboot the device. Keep the battery and the phone idle for few minutes and then, put it back together and switch On the phone.

Touch screen problems can also be caused due to corrupted SIM cards or Memory cards, hence checking your SIM card or Memory card by removing it from your phone might help you to solve the problem.

1. Firstly, switch OFF the phone by holding the power button.

2. Now, eject the SIM card from its slot and do the same to eject memory card.

3. Reboot the device and voila, check if the problem is sorted or not.

Safe mode is a different bootable partition which is pre-installed on your phone that has many different functions. It is mainly used to diagnose the system software installed on the device and checks if it is causing any problem or not confirming If there is any problem with the third party apps that you have installed. The phone will work seamlessly when in safe mode as it tends to disable all the third-party apps and services all-at-once. This allows you to check the problem existing and remove it from the device accordingly. Note that if there is an issue with the apps or services pre-installed, the safe mode will depict problems when in this mode.

1. You can enter the safe mode by first switching Off the phone.

2. Now, press and hold the power button until the phone vibrates.

3. Depending upon your make and model, press Volume Up or Down button once to enter into the Safe mode.

5. Check out for the ‘Safe Mode’notation on the left bottom of your touch screen.

Android users tend to use more applications on their mobile phones without even thinking about the unhealthiness that is being caused due to the unwanted or unused apps, It is imperative to know that apps use physical space on your memory and also on the other resources to keep it working. There are apps that require conducting background processes which consume both battery power and the resources otherwise would have been made available to the apps that are doing any work and there are a bunch of bloatware that would never delete as it requires a rooted device. On the other hand, there are many apps that you will never use,  so the pool of all these apps create resources deficit and causes performance issues. Thus, uninstalling and disabling it is the best option you have.

For apps that you don’t want to delete, you can disable it by going to the Settings.
Then, proceed to ‘Apps’ and then, tap on the app that you want to disable.
Once it opens, press the Disable button.

For apps that you want to uninstall, you can go to ‘Settings > Apps’.
Tap on the app that you no longer require and click on ‘Uninstall’ button.

Even viruses or malware can pose a serious threat to your Android’s working condition. Hence installing Anti-virus or Anti-malware applications can help you with your phone’s safety. So please consider downloading some apps from Google Play Store which are available both for free and for paid services. Once you have installed it, run a full scan to check for issues with the phone as well as check for any virus and malware and take the necessary steps to remove it.

Calibrating touch screen on your phone

You will be able to find as many apps in Google Play Store which can calibrate your phone/tablet touch screen and improve its accuracy and responsiveness. These apps are especially helpful if your touch screen responds too slow or inaccurately. Type “touch screen calibration” on the search bar in Play Store and you should get quite a few results. Consider reading the reviews carefully before downloading.

Some of the touch screen problems like freezing, lagging, hanging or unresponsiveness can be caused due to excessive cache memory that might have regularly stacked up like a pile of junk in your Android device, so please consider erasing or cleaning cache regularly from your Android devices.

You can clear your phone’s cache memory by going to the ‘Settings > Apps’ and then open apps individually and clear cache for each app. Another way around is to go to ‘Settings > Storage’ and tap on the cache memory. But wiping cache partition is a powerful option and must be done at least once a week. It takes just a minute to enter into the recovery mode on your phone and do the needful to curb the phone not charging problem for which, the procedure is as followed.

1. Start by switching Off the phone in the first place.

2. Then, simply hit the ‘Power’ button and ‘Volume Up’ or ‘Volume Down’ button together.

3. Hold the buttons until the phone vibrates and displays Android logo on the screen.

4. Release the buttons once you enter the recovery mode.

5. Scroll down to the option that says ‘wipe cache partition’ and accept it using the power button.

6. Once you do it, reboot the device and hopefully, it will work properly now.

1. Once you enter into the recovery mode, scroll using Volume Up/Down button or as per instructed and accept using the power button.

2. Next is to tap on ‘wipe data/factory reset’ and then, tap on ‘Yes, delete all data’.

3. The phone will prompt you to reboot the device once done.

There is a  simple method that you can use to reset the phone to factory settings.

1. It requires you to keep the phone and then, go to Settings.

2. Proceed to ‘Backup and Reset’ and then, tap on ‘Reset’ button.

3. Accept ‘Erase Everything’ and reset the device.

Unluckily if your mobile/tablet was dropped, smacked or water damaged,  just try these free tips out before considering a screen replacement, however, there is no guarantee since the hardware is totally different from software and requires professional help to get it fixed.

1. Enter the code and it will automatically redirect you to the calibration mode.

3. Draw lines on the touch screen across its width and height and check it is working properly or not.
This will give you an idea of the dead zones where the touch screen won’t work or causing issues due to impact from falling on the ground.

Remove the Screen Protector if you have on your Android device.  Now, gently knock every corner of your touch screen to realign it because Sometimes continuous phone drops cause screen digitizer cable to loses its connection to device motherboard, however, it is a rare case and
If you are still unable to make the touch screen work maybe its time to claim warranty, It is a lengthy process but still works.

Getting your devices touch screen replaced

Ya, it is a cost involved process, but since every other option have been ruled out trying it is better to get your screen replaced by a service person just try searching some good service centers near you for the service. 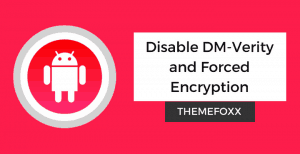 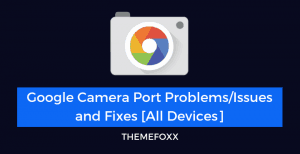 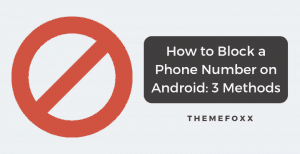 How to Block a Phone Number on Android: 3 Simple Methods