Srivishnu Ramakrishnan
16 May 2020
Google Camera Port for Asus Zenfone 6 is now available for download. Learn how to download and properly install GCam for Asus Zenfone 6. No root needed for this method! Android has come a long way as an operating system and also an ecosystem. A lot has changed in the way Android looks and feels but the improvements do not stop there. There have been tons of new features and improvements to Android in recent years. It would not be an over statements to say that Android is inching closer to closing the gap between desktops and smartphones. Google, the maker of Android, also happens to make some solid Android devices as well – Google Pixel. After the modestly priced Nexus line, Pixel is the go-to choice for anyone looking to experience Android the way Google intended it to be. While they may not sell very well like Samsung phones or other Android OEM phones, they do have a decent amount of fan following. Also, Google Pixel devices come with Stock Android and a few other hand-picked pixel-exclusive features to make the experience even better. Android phones have also grown stronger in the hardware department as well. There was a time when a 5 Mega Pixel camera was considered ‘wonderful’ and now we have triple cameras. Even entry-level/mid-range Android devices come with dual and triple camera setup! While everyone else is marching towards increasing the number of camera sensors on their device, Google has been doing wonders with a single camera module. If you are looking for Google Camera APK for any other Android device, visit the below page to view the complete collection of available APK files for supported Android devices.
View all GCam Mod APK Files →
Unlike other manufacturers, Google relies on software for delivering stunning pictures. Google’s software game is so good that a lot of devices with triple cameras cannot take photos that would even come anywhere near photos that were taken on a Google Pixel device. Now, since the Google Camera Magic lies in the software, aka APK files, they can be ported to other Android devices too. Don’t get me wrong, Asus Zenfone 6 comes with some amazing pair of cameras. But with Google Camera Port for Zenfone 7, they can click even better pictures!
In This Page
1. Google Camera Port for Asus Zenfone 6
2. Asus Zenfone 6 GCam Samples | Stock Camera vs. Google Camera
3. Download Asus Zenfone 6 Google Camera Port
4. Install Google Camera Port on Asus Zenfone 6

For All Devices (including non-rooted):

For Rooted Devices Only:

Don’t forget to read the installation instructions in the next section! Thanks: Arnova8G2

We have the installation instructions for both the root and non-rooted devices.

For All Devices (including Non-rooted)

As we have already said, this Google Camera Port does not need your Asus Zenfone 6 to be rooted. But, there is one small extra step needed after you install the GCam – loading the proper settings for Asus Zenfone 6 via an XML file. We have explained everything in the step by step guide below:

A few things to keep in mind… Now you are all set to click some jaw-dropping pictures with your Asus Zeonfone 6. The XML file you just used is nothing but a bunch of pre-defined configurations/settings for the Google Camera App to work properly on your device. Since the settings part is taken care of, you can jump ahead to shooting awesome pictures with your device! This is the easiest way to download and install Google Camera Port (GCam) on Asus Zenfone 6. We are absolutely sure that the photos taken with Google Camera would be remarkably better than the ones taken with Stock Asus camera app. If you happen to come across any difficulties with installing the Asus Zenfone 6 GCam or having a hard time with configuring it, do let us know in the comments below. Also, don’t forget to tell us what you think about the quality of pictures taken with the Google Camera App! 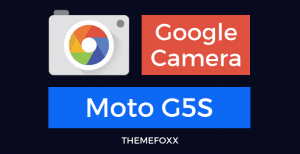 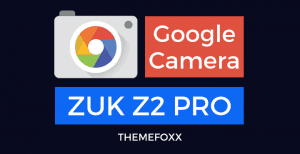 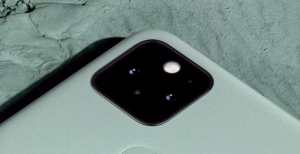